Should I use mouthwash for kids?

“Dr J how do you feel about mouthwash for kids?” That’s a question we hear quite often from parents here at Alpine Pediatric Dentistry.

In this article, we will break down the key components to consider when deciding if you should add mouthwash to your children’s brushing routine.

One important point we want to start with is: Don’t use adult mouthwash for a child. There is a big difference between adult and mouthwash for kids.

You can also find quite a bit of variety in children’s mouthwashes, for example there are many different flavors. Bubble gum flavor is a favorite among children as opposed to the minty flavors. But one thing that they all have in common, is the active ingredient.

“Always make sure your mouthwash of choice is ALCOHOL FREE. Mouthwashes with high levels of alcohol in them, dry out the mouths of soft tissue and increase bacteria levels.

Active Ingredient in Toothpaste and Fluoride

The main difference between children’s toothpaste and mouthwash for kids is the dosage. Kids mouthwash tends to have a third of the fluoride compared to kids toothpaste.

You are effectively using a diluted version so that the child can swish it around their mouth. Mouthwash instructions also instruct not to give to children under the age of 6, so that the child doesn’t accidently swallow it. But when you’re putting a liquid in your mouth, regardless of the age of the child there is always the risk of them swallowing some of the mouthwash.

It’s commonly not recommended to use mouthwash for kids.

So, if the ingredient is the same between mouthwash and toothpaste. And mouthwash instructions are to swish for 30 seconds to a minute, depending on the brand. Then you spit out the mouthwash and don’t rinse, drink or eat for 30 minutes after, so that the fluoride can sit on your enamel. You can just brush your teeth well and not rinse the toothpaste off of your teeth, you will essentially be getting the same benefits, with just one less step. In fact, AAPD recommends children to use toothpaste rather than mouthwash.

“Children under the age of 6 should NOT use mouthwash, unless directed by a pediatric dentist, because they may swallow large amounts”

There are also some mouthwash combination options that have a 2in1 feature, but this type is typically only found in the adults section.

Another feature worth mentioning with some children’s mouthwashes, is that they can stain where there is food or plaque. That helps the child see the areas they need to work at brushing where they may have left some food particles or plaque.

One recommendation we have, is when your children brush their teeth at night, that you don’t rinse the fluoride toothpaste off, just let them go to bed with a thin coating of toothpaste.

For children that are prone to swallowing it’s better to just have them brush well with fluoride toothpaste, spit out the excess toothpaste and leave it there.

If you have any questions or would like to submit a question to Dr J for any upcoming videos please click here. 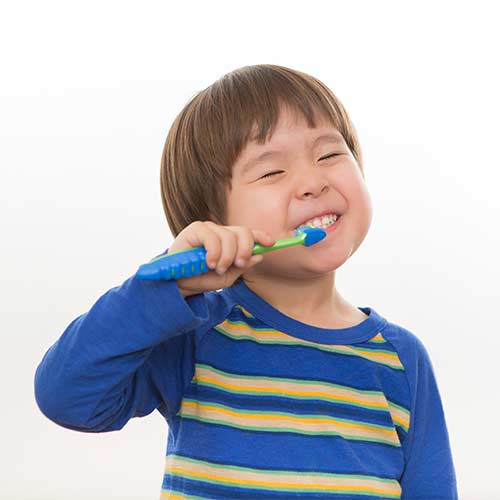 What is the best kids toothbrush? 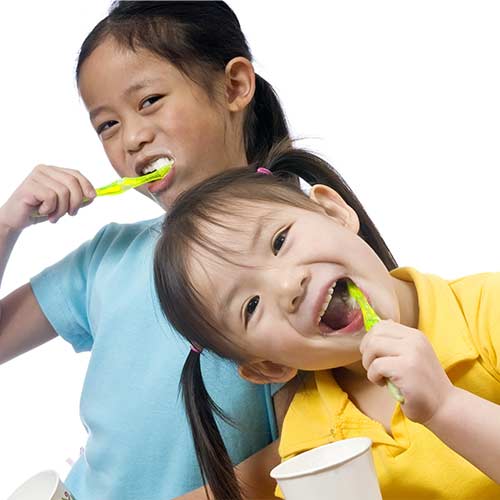 Do you recommend toothbrush covers for kids?

Do you recommend toothbrush covers for kids? The mouth is home to millions and millions of bacteria. We all want a clean toothbrush; after all it is something that we
Read More 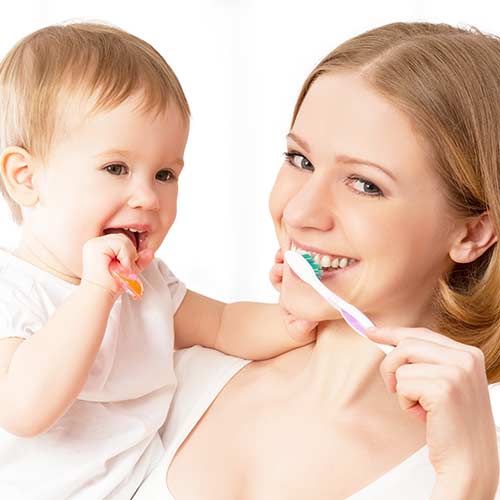 Fluoride for Kids? Is it recommended?

Fluoride for Kids? Is it recommended? Fluoride for kids is one of the most controversial topics we come across in the dental world. A question a lot of parents ask
Read More 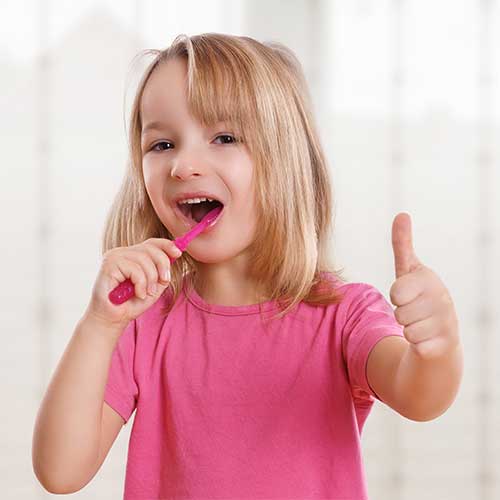 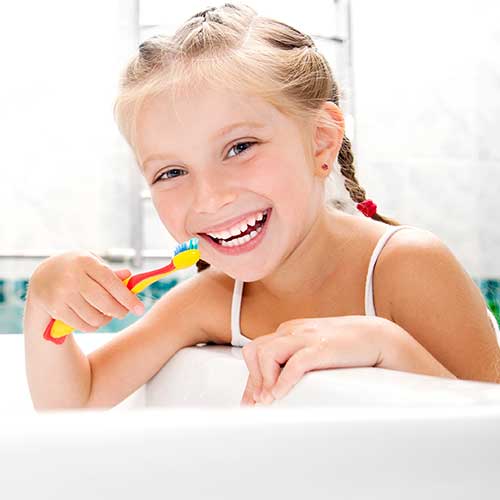 What is the best floss for kids?

What is the best floss for kids? Trying to figure out what kind of floss to use for your child can be tough. There are so many options available that
Read More 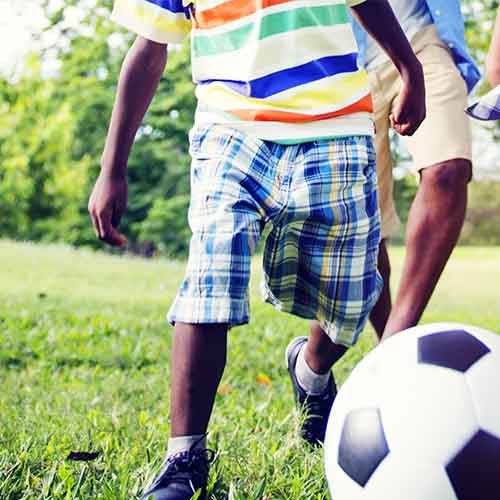 What to do if your child has a knocked-out tooth

What to do if your child has a knocked-out tooth As we head into the warmer months of spring and summer, the risk of dental trauma injury in kids is
Read More 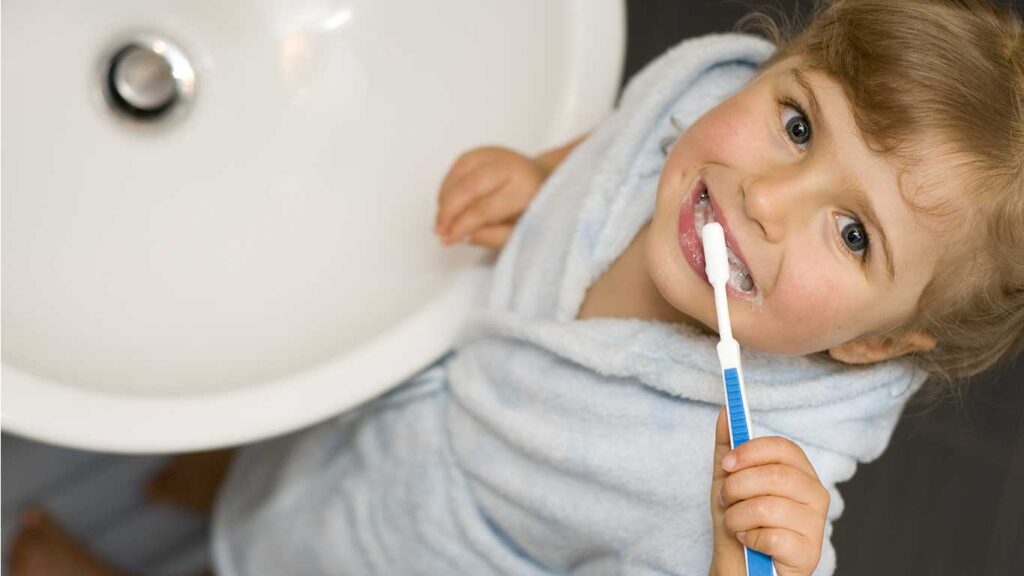 What is the best toddler toothpaste?

What is the Best Toothpaste For My Child?

What is the best toothpaste for my child? There are so many options to choose from when you’re walking down the toothpaste aisle in Target or Walmart, that it can
Read More